Every week when we post our new show time listings we will also post here for information on each movie. You will be able to find updates on the movie world such as when new movies are beginning to be released again as well as updates about the theater. This week we’ll be sharing the summaries of our new movies from IMDb to help you decide which you would like to book for your own private showing.

Huge advancements in scientific technology have enabled a mogul to create an island full of living dinosaurs. John Hammond has invited four individuals, along with his two grandchildren, to join him at Jurassic Park. But will everything go according to plan? A park employee attempts to steal dinosaur embryos, critical security systems are shut down and it now becomes a race for survival with dinosaurs roaming freely over the island.

When a green ogre named Shrek discovers his swamp has been ‘swamped’ with all sorts of fairytale creatures by the scheming Lord Farquaad, Shrek sets out with a very loud donkey by his side to ‘persuade’ Farquaad to give Shrek his swamp back. Instead, a deal is made. Farquaad, who wants to become the King, sends Shrek to rescue Princess Fiona, who is awaiting her true love in a tower guarded by a fire-breathing dragon. But once they head back with Fiona, it starts to become apparent that not only does Shrek, an ugly ogre, begin to fall in love with the lovely princess, but Fiona is also hiding a huge secret.

The Walsh family is planning to move because of developers who want to build a golf course in place of their neighborhood. The only way to save it is to raise the money to stop the construction. Brothers Mikey and Brandon don’t want to see the neighborhood go so they band together with friends and create, The Goonies, a group of young misfits who set out on an adventure with a legendary pirate’s long-lost treasure map to find the treasure and save their town.

After the events of Captain America: Civil War, Prince T’Challa returns home to the reclusive, technologically advanced African nation of Wakanda to serve as his country’s new king. However, T’Challa soon finds that he is challenged for the throne from factions within his own country. When two foes conspire to destroy Wakanda, the hero known as Black Panther must team up with C.I.A. agent Everett K. Ross and members of the Dora Milaje, Wakandan special forces, to prevent Wakanda from being dragged into a world war.

Growing up can be a bumpy road, and it’s no exception for Riley, who is uprooted from her Midwest life when her father starts a new job in San Francisco. Like all of us, Riley is guided by her emotions – Joy, Fear, Anger, Disgust and Sadness. The emotions live in Headquarters, the control center inside Riley’s mind, where they help advise her through everyday life. As Riley and her emotions struggle to adjust to a new life in San Francisco, turmoil ensues in Headquarters. Although Joy, Riley’s main and most important emotion, tries to keep things positive, the emotions conflict on how best to navigate a new city, house and school.

Buy Tickets
Online
Please take a minute to signup for our weekly email below 👇. You will get the latest showtimes in your inbox every Wednesday, along with free tickets on your birthday 🎁. Plus you will be entered for the chance to win🏆 2 free tickets every week! Email is the best way to keep in touch with us!

Tickets are on sale now for F9 and Black Widow!

Full Movie Schedule will be posted on Tuesday! 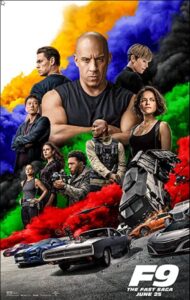 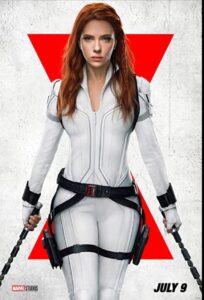